VHHS students use Tik Tok around the clock 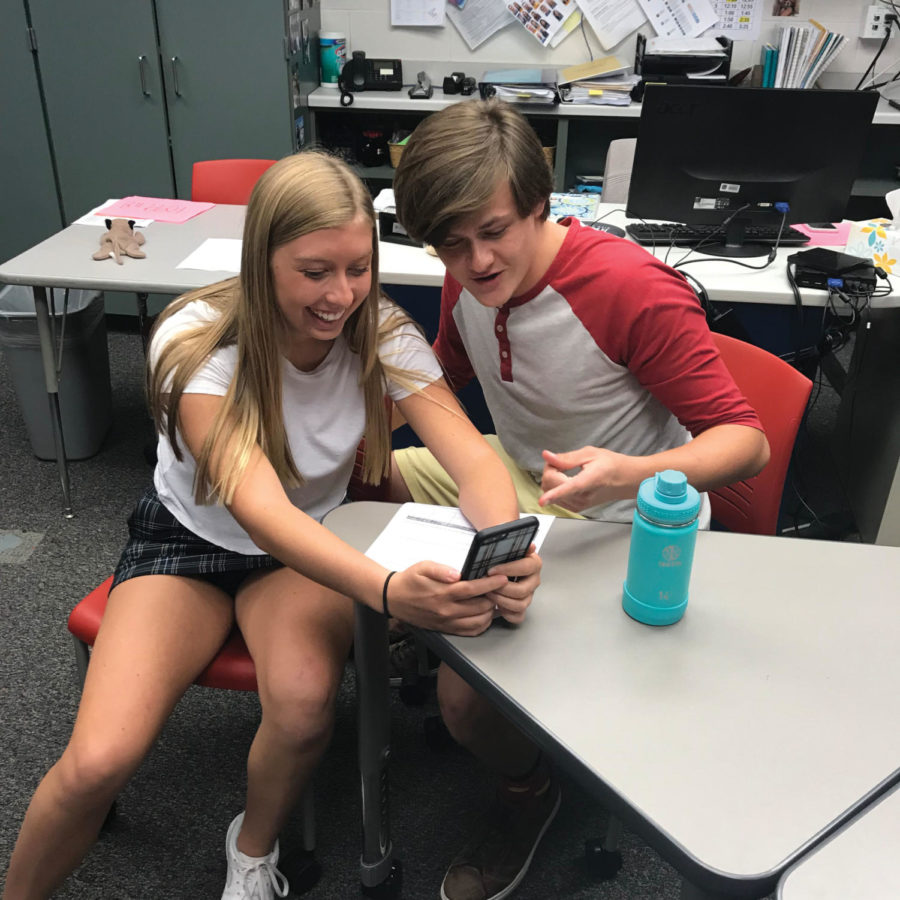 A new app called “Tik Tok” has taken over Vernon Hills High School. Students are using the app to participate in creating videos and more so watching the videos.

Tik Tok has managed to impact the everyday lifestyle of the Vernon Hills student. Students have noticed people singing catchy songs or filming the videos in the hallway. Showing that kids can witness the frequent usage of the app just by walking in the halls.

The 10-30 second videos are packed with music, dancing, and comedy. Users will select a song and dance to the lyrics in various creative ways.

The app gives the students an option to try it for themselves and create whatever they can think up. Tik Tok user, Josh Zamost, mentioned he loves the platform, and the creativity the app allows you to display especially intrigues Zamost.

“I love the effects on the videos that I am able to use while creating,” said Josh Zamost (12).

Zamost is not the only student to participate in creating videos. Along with another senior creator, Cecelia Schumacher, who has made around 50 videos on her account.

Both Zamost and Schumacher have had success in their video making. With the apps commonly used “For you” page, it gives creators a better chance to get their video on more people’s feeds. Thus’ allowing Schumacher to create a video earning 390 thousand views and Zamost racking up 2.2 million views.

Many others use the app just to view the content. Senior Jack Barszcz has been on the viewing the videos for as long as it has been out. Since Musical.ly turned to Tik Tok, Barszcz has been an active member of the Tik Tok community.

“I knew about the app before all of my friends did, and I got everyone else hooked,” said Jack Barszcz (12).

Barszcz mentioned that having the app has opened up a new platform for comedy. Considering social media is normally based on news and other media, Tik Tok allows for the user to laugh, relax and enjoy themselves.

The comedic relief is a perfect distraction from all the stresses of school said, Barszcz. Stating that he uses the app to escape from all the college application induced stress.

Tik Tok’s growth has been exponential online and growing at the same rate in our school. According to mediakix.com, In just the U.S., TikTok’s monthly downloads have steadily climbed to overtake Facebook, Instagram, YouTube, and Snapchat.